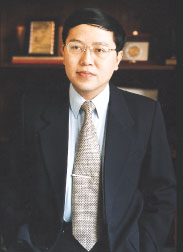 By the year 2020, China's GDP is expected to reach four times the GDP of the year 2000. As a country with a population of over 1.3 billion, China faces great challenges of increasing the energy and fresh water supply while minimizing the impact on the environment and national security. INET's main task, as a leading research institute in China, is to help the country meet the challenges in the fields of energy, environment and natural resources through excellent research and development based on the very specific conditions in China, INET conducts R&D in science, technology, engineering, and demonstration. We also try to promote commercialization of the technology we develop.

INET has three test reactors and infrastructure in the nuclear field. It originally focused only on nuclear science and engineering. INET believes nuclear energy and nuclear technology application will continue to play an important role in China and will strengthen its nuclear capability. In addition, INET will also improve its capability in the fields of energy policy and technology evaluation, and new energy technology like hydrogen, fresh water supply, environment technology, and advanced materials.

Through its continual progress, INET intends to become an internationally recognized R&D center based on its contribution and impact on Chinese society.